just landed at philly airport after a fantastic steering committee presentation. am sitting here waiting for my sweetheart to show up and here goes a stupidly funny ad i saw: 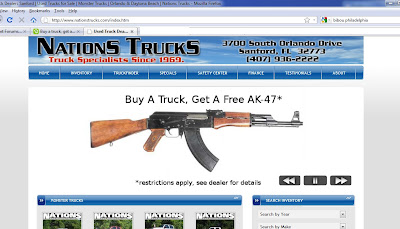 OK, some updates from the recent past:

Wife leaves town for a period of a little over three weeks and here's what I had been up to:

Weekend 1:
Friday: Stayed back in boston at the westin waterfront. friday started out with a drink with our current cambridge clients, proceeded to eat some crappy food and drown a few beers...
Saturday: Woke up late, omkar over and we hang at chinatown for dim sum, watched the movie "Red" -- fairly funny and then on to Oishi sushi for dinner with the turk and omkar, followed by drinks at Post 390 in boston
Sunday: Low key. spent day at omkars apartment eating shwarma and washing clothes, more discovery channel

Weekend 2:
Friday: Flew out to columbus OH to meet keith and family. what a great time seeing them all over again. dealt with some work issues over the phone while sipping beers @ keiths place. Burgers and hotdogs for dinner over the bbq, Had a wierd neighbor of keiths stop by and bore us to death. Went to bed by 1030
Saturday: Late morning leaving keiths place, whitecastle for burgers as was our old ritual followed by my first experience shooting guns -- 38 revolver. Went from nervous to overconfident to nervous again as a bullet ricocheted off the target holder. Came back to keiths, terri had made some fantastic ribs and beans..more beers.
Sunday: Spent the day at Leighner Farms (Sp?) picking pumpkins as was their family tradition prior to halloween each year. shot some pumpkins in the air...light fun day followed by Lasagna at keiths place

Weekend 3:
Friday: Flew back thursday night, did the client orals on friday am in princeton, drove down to participate on the wharton business panel. Picked up omkar at 30th street around 8pm and headed to Genos for cheesesteaks...omkar was blown away by the spices. Scotch and beers at my place followed by the movie Beerfest
Saturday: Spent the am taking omkar shopping to banana republic, amrut shows up around 4, grumbles about tea, drinks some tea, grumbles that we are watching too much tv. deborshi around 7pm, beers, chicken, tilapia and egg bhurji (a-la omkar)!!!
Sunday: late start to day with amrut and omkar. amrut eats some pulao and leaves around 1pm saying he has a migraine (he doesnt drink tho). omkar and i head down to genos right before he gets on the 4pm bus...couldnt think of a cheesesteak as omkar walloped his down...came back and ran a 5 miler after a week of fattiness!!!

Wife gets back wednesday, i see her in atl thursday...am excited to be reunited with my better half again!!!
Posted by 8loodm1re at 4:00 PM No comments: